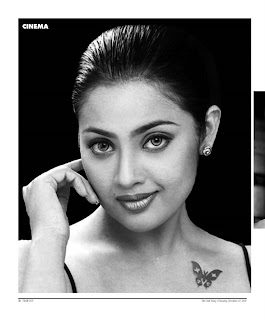 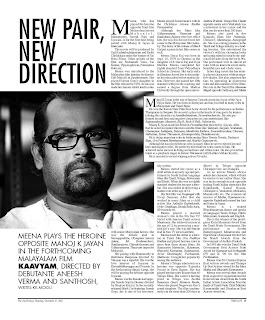 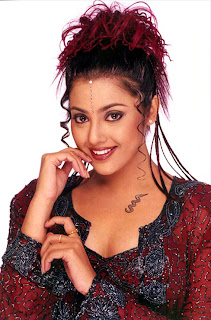 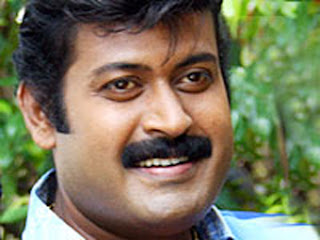 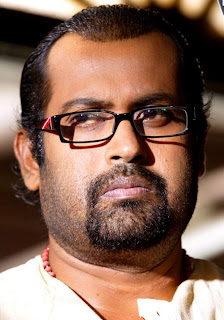 Meena, who has played the heroine opposite front-line Malayalam heroes Mohanlal, Mammootty, Suresh Gopi and Jayaram, is for the first time being paired with Manoj K Jayan in Kaavyam.
The movie will be produced by Saji Kadambazhippuram and Rashi Chelakkara under the banner of Sai Baba Films. Other artistes of the film are Nedumudi Venu, Sai Kumar, Vijayaraghavan, Ponnamma Babu etc.
Meena was introduced to the Malayalam film industry by director Sibi Malayil in Santhwanam. She played Suresh Gopi's daughter in the film released in 1991. Its success made her famous which lead to roles with senior Malayalam heroes. She was the female lead in Varnappakittu, Olympian Antony Adam, Mr Brahmachari, Naatturajavu, Chandrolsavam and Udhayanaanu Thaaram opposite Mohanlal.
Her pairing with Mammootty in Rakshasa Raajavau directed by Vinayan was a superhit. She was the love interest of Jayaram in Kusruthtikkuruppu and Friends. In the forthcoming Magic Lamp, she will be playing the heroine opposite Jayaram.
Meena was the female lead opposite Suresh Gopi in Dreams directed by Shajoon Karyal. In the recently released Black Cat featuring Suresh Gopi, she is one of his heroines. Meena played Sreenivasan's wife in the Christmas release Kadha Parayumbol.
Although her films like Udhayanaanu Thaaram and Raakshasa Rajavu were box office hits, the success did not boost her career in the Malayalam film industry. The delay of the release of Black Cat put a pause in her film career as well.
Meena Durai Raj was born in Sept. 16, 1979 in Chennai as the daughter of R Durai Raj and Raja Mallika. Meena completed her eighth standard from Vidyodhaya School in Chennai. Her early entry in filmdom forced her to discontinue her education before matriculation. However, she passed her 10th standard with private coaching and earned a degree from Madras University through the open university system.
Meena started her career as a child artiste at an early age and performed in South Indian language films like Tamil, Telugu, Malayalam and Hindi. When she was an eighth standard student she became a heroine. She succeeded in delivering a mature role at the age of 13.
Her first film was Nenjangal with Sivaji Ganesan. After that she worked in many films as a child artiste like Anbulla Rajinikanth, Uyire Unakkaga, Rendu Rella Aaru, Sirivennela etc.
Meena played a married woman's role in the 90s Sun TV Serial with famous Tamil actress Manorama. She achieved success at the age of 11 by portraying a married girl's role. She was the female lead in Sun TV serial Lakshmi.
Meena made her debut as a heroine in Tamil film Oru Pudhiya Kadhai and played heroine roles in more than three dozen films. En Raasaavin Manselae, Yejamaan, Bharathi Kannama, Naattaamai, Avvai Shanmughi, Porkaalam, Muthu etc. brought her popularity among the audience.
Meena's Telugu admission as a heroine was opposite Rajendra Prasad in Nava Yugam. She has played heroine roles in more than 40 Telugu films. Her career's turning point in Telugu was Seetha Ramayya Gaari Manava Raalu, where she played Nageswara Rao's grand daughter. The film continuously ran for more than 200 days in Andhra Pradesh. Telugu film Chanti opposite senior actor Venkatesh was a milestone in her career and the film ran for more than 200 days.
Meena also acted in few Kannada films like Putnanja, Cheluve3, Mummaga, Autograph etc. She was a strong presence in the Tamil and Telugu industry as a leading heroine. She entertained the viewer's with her charming looks and acting talent for nearly one-and-a-half decades from the early 90s. She performed well in almost all roles with an innocent sweet smile, beautiful eyes and a baby voice.
In her long career she has mainly played characters without negative shades. She also surprised her fans by appearing in glamorous roles and item numbers in few films. Her role in the Tamil film Maaman Magal opposite Sathyaraj and Mutta Mestri in Telugu opposite Chiranjeevi etc. are examples.
As an actress Meena always selects her character, which will not be similar to her earlier films. She was lucky enough to pair opposite leading South Indian superstars like Rajinikanth, Kamal Hassan, Chiranjeevi, Venkatesh, Mohanlal, Mammootty etc. The commercial success of Muthu, Yejamaan etc. opposite Rajinikanth earned her fans and fame in Japan.
Meena is a trained Bharathanatyam dancer and speaks six languages Tamil, Telugu, Hindi, Malayalam, Kannada and English.
She is the winner of the prestigious Kalai Maamani Award from the Tamil Nadu Government. Her performance in Seetha Ramayyagaari Manavaralu and Rajeshwari Kalyanam fetched her the Nandi Awards from the Government of Andhra Pradesh.
In 1993 she won the Tamil Nadu Government Best Actress State Award for Ejamaan and Sethupathi IPS and in '98 for the film Porkkaalam.
Meena won Six Cinema Express Best Actress Awards and Thumps Up Best Actress Award for the films Muthu and Bharathi Kannamma.
Meena won several other Awards from respective organisations like Kalai Selvam Award from the South Indian Artiste Association from the hands of Tamil Nadu Chief Minister Karunanidhi and Dinakaran Best Actress Award etc.

Manoj K Jayan is the son of famous Carnatic musician Jayan of the Jaya-Vijaya fame. He was born in Kottayam and has excelled in many roles in Malayalam and Tamil films.
He won the Kerala State Film Best Actor Award for his performance as Kuttan Thampuran in Sargam. He secured a place in the hearts of cine goers by immortalising the characters in Ananthabhadram, Perumthachan etc. He also performed second hero and negative characters in crass entertainers like Rajamanikyam, Maayavi, Big B, Rock N Roll, Udayon etc.
Manoj K Jayan made his debut in Perumthachan directed by Ajayan. After that he acted in reputed directors notable films like Valayam, Sargam, Venkalam, Chamayam, Sallapam, Palayam, Manthrika Kuthira, Swarnakireedam, Churam, Valliettan, Saivar Thirumeni, Ravanaprabhu, Thandavam etc.
He is doing important roles in forthcoming films Twenty Twenty, Pazhassi Raja, Oru Pennum Randaanumm and Akasha Gopuram etc.
Although he has played heroic roles in many films he never rejected second hero and negative roles. He perfectly did whatever roles comes to him. He achieved more success in doing second hero and villain roles. He also proved his talent as a playback singer in Saivar Thirumeni (Alli Kallinu Vellam Kootti).
He is married to award winning actress Urvashi.
Posted by KK Moidu at 9:31 PM