A treat in store for Mohanlal fans in UAE

By K K Moidu
The week-long festival of Malayalam superstar Mohanlal's 30 years in the film industry was celebrated with an exclusive exhibition-cum sale of 200 caricatures and some rare photographs of the actor at The Bubble Lounge, Dubai World Trade Centre. 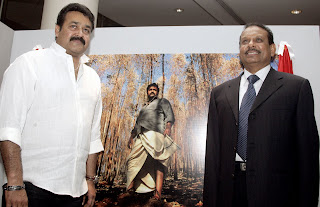 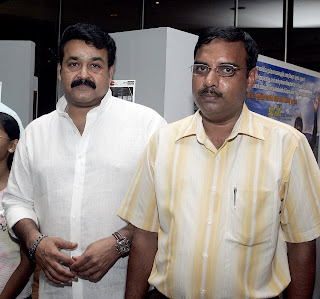 The festival celebration, kicked off on June 23, is an official event of Dubai Summer Surprises (DSS) 2009 and will go on till June 27.
The UAE will witness unique expressions of the life and works of the celebrity actor.
Suresh Babu has attempted to capture the essence of Mohanlal in his art by creating caricatures of the actor's most vivid characters in a career that spanned three decades. An exclusive photographic collection of the actor by the well-known photographer R Gopalakrishnan Nair from his debut film Thiranottam to the forthcoming film Brahmaram directed by Blessy, found a place in the exhibition. Part of the proceedings of the celebrations is being contributed towards a charity for the welfare of people stranded in the UAE due to financial constraints.
The celebration will also include the launch of a limited edition coffee table book - a biographic account of the actor's life and career. 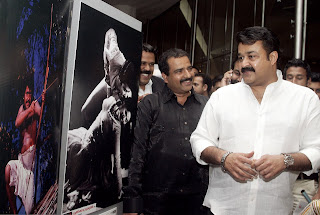 The celebration will culminate in a specially conceptualised musical show directed by Lal Salaam, TK Rajeev Kumar and produced by MB Sanil Kumar, which will showcase Mohanlal's extraordinary journey in the film industry. 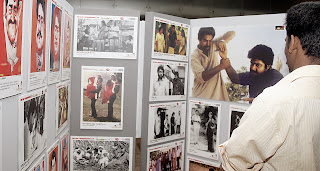 The show will also feature a live performance by the actor in a unique monologue musical that will also feature singers Sujatha, Madhu Balakrishnan, Vijay Yesudas and Swetha, dancer-actors Lakshmi Gopalswami and Vineeth. The UAE is the launch pad for this mesmerising show, which will continue touring the world - USA, Europe and the Far East later. 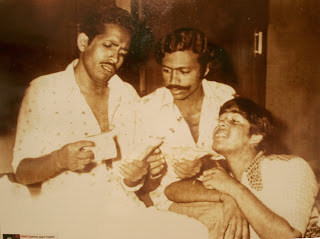 The first show was held in Dubai at the Sheikh Rashid Hall, Dubai World Trade Center last Thursday and the second show will be held at the National Theatre in Abu Dhabi on Friday. 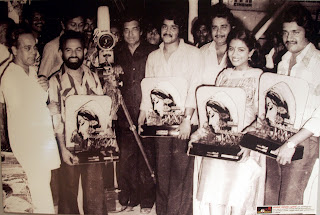 Thank you Moidu for those exclusive photos of Mohanlal!!
Also good report!