Looking back with pride: Mammootty & Mohanlal

At the end of 2008, front line Malayalam superstars Mammootty and Mohanlal had reason to be happy — they remained in the top slot. Their box office successes with super hit films and success guaranteed projects in their hands show their strong presence in the industry. 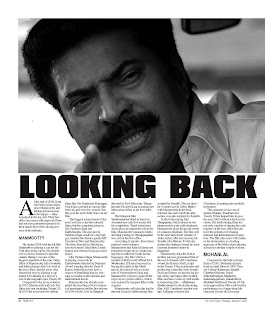 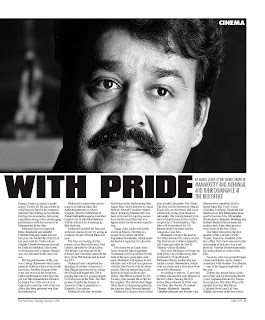 Mammootty
He started 2008 with the hit film Roudram by playing a cop for the 25th time in his career. His double role in Anwar Rasheed's superhit Annan Thampi was one of the biggest superhits of the year. Other films of Mammootty like Parunthu and Maya Bazaar didn't do well at the box office. But the actor, who started the year by playing a cop ended it by shining in a lawyer's role in the magnum opus Twenty 20. 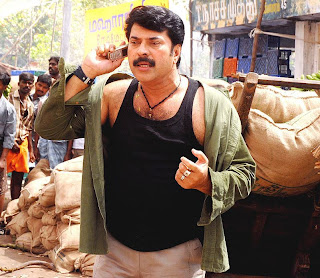 Compared to the seven releases in 2007, Mammootty had only five films last year including Twenty 20. In 2007 the actor had two offbeat films like Ore Kadal and Kaiyoppu, which has screened in various film festivals and won few awards. But this year the actor didn't have an art film.
The biggest achievement of the actor last year is not the released films, but his completed projects like Pazhassi Raja and Kuttishranku. The epic movie Pazhassi Raja, made on a big budget, reunites the literary genius MT Vasudevan Nair and Mammootty. The film, directed by Hariharan, also stars senior Tamil hero Sarath Kumar and veteran Ilayaraja scores music.
Like Pazhassi Raja, Mammootty is playing a rare role in Kuttishranku directed by National Award winning director Shaji N Karun. Both the movies have a chance of benefiting him by winning accolades at the national and international levels.
Mammootty has already completed the shooting of few commercial entertainers and the first release of 2009 will be Love in Bangkok directed by Rafi-Mecartin. Telugu heroine Navneet Kaur is making her Malayalam debut as his love interest.
His bilingual film Vandemataram titled in Tamil as Aruvadai has only few scenes left for completion. Tamil action hero Arjun plays an important role in the film. Mammootty romances Sneha and their pairing in Thuruppugulan was a hit at the box office.
According to reports, three times national award winners Mammootty and Kamal Hassan are expected to team up in a forthcoming film in different South Indian languages. The film will be a remake of Bollywood offbeat hit A Wednesday. If Kamal succeeds in buying the rights of the Hindi movie, he himself will act in the role of Naseerudheen Shah and Mammootty will once again fit the cops cap as a police officer, which was enacted by Anupam Kher in the original.
Mammootty will play the lead in director Jayaraj's forthcoming film scripted by Renjith. The ace director's earlier movie Johny Walker with Mammootty in the lead, released one-and-a-half decades earlier, was also scripted by Renjith.
In the forthcoming film Thaappana, which means an elephant used to train wild elephants, Mammootty plays the proud owner of a famous elephant. The film will be the next directorial venture of Akku Akbar, after his runaway hit Veruthe Oru Bharya. It will also feature the elephant owned by actor Jayaram featured earlier in Rappakal.
Mammootty dons the lead in another success guaranteed film of the newly formed ABS Combines owned by director Shafi, script writer Benny P Nayarambalam and production controller Anto Joseph. Shafi and Benny are known for giving catchy and funny titles to their films and have come up with another interesting title — Mallanum Madhevanum for the forthcoming film. ABS Combines' maiden venture Lollypop, released last Christmas, is running successfully in theatres.
The commercial success of Annan Thampi, Roudram and Twenty 20 has helped him to pass the year 2008 without a hitch in his career. His forthcoming films are not only capable of ringing the cash registers at the box office but also have the potential of winning national and international recognition. The fifty plus actor will continue his domination as a leading superstar of the Malayalam industry at least for another couple of years.

Mohanlal
Compared to the half-a-dozen films of 2007, Mohanlal played leads in eight films in 2008. They are College Kumaran, Innathe Chinthavishayam, Pakal Nakshathrangal, Madambi, Aakashagopuram, Kurukshetra, Mizhikal Sakshi and Twenty 20. He won appreciation with a noteworthy performance as a larger-than-life character Devan aka Devaraja Pratapa Varma in Amma's multi-starrer Twenty 20. He succeeded in satisfying his fans by his common numbers like folding up his dhothi, twirling his moustache, delivering punchlines along with a challenging performance with his screen rival Mammootty in the film. 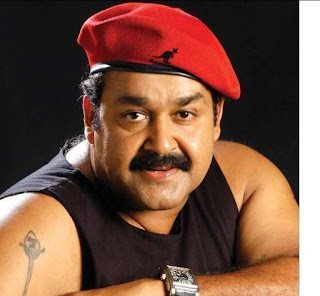 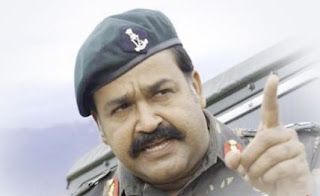 His biggest disaster of the year was College Kumaran which unfortunately failed to attract even his die hard fans. Another despair of the actor last year was the weak box office performance of the big budget war film Kurukshetra directed by Major Ravi. The movie was expected to perform well at the box office like their previous war film Keerthichakra.
Mohanlal's noteworthy performances in offbeat films like Aakashagopuram as Albert Samson, director Sidharthan in Pakal Nakshathrangal and another modest role in Mizhikal Saakshy will be selected for screening in film festivals.
Mohanlal satisfied his fans and art house cinema lovers by acting in commercial and off beat films last year.
His fans are waiting for the release of his film of the year, Red Chilies, directed by Shaji Kailas. The thriller was expected to be released last Christmas and tells the story of an FM Station and its leading RJ's.
Mohanlal also completed the shooting of another commercial film Bhagawan directed by youngster Prashanth Mambully. He is playing the role of a gynaecologist, Dr Balagopal, in the film. The film produced under the banner of Anaswara Film is planned as a Republic Day release.
Mohanlal will play an underworld don in the forthcoming film Sagar Alias Jacky directed by Amal Neerad. Neerad's maiden venture Big B, featuring Mammootty, has been criticised for copying scenes from Hollywood films but won appreciation for its technical perfection.
Sagar Alias Jacky will hit the screen in March. The film is a sequel of an earlier superhit Irupatham Noottandu, which made Mohanlal a superstar two decades ago.
His character as Sagar Alias Jacky from the film Irupatham Noottandu will be modified for the taste of the new generation audience. Mohanlal will appear in stylish attire and will tour in expensive vehicles like Ferrari with his bodyguards. The big budget film is pictured in foreign locations like Dubai. The film is scripted by SN Swamy, who penned the script for the original. The stylish flick Sagar Alias Jacky is cinematographed by the director Amal Neerad himself.
Mohanlal's Onam release of this year is titled Alexander The Great. The film will be directed by Murali Nagavally, an old friend, and is not a historical on the great emperor. Alexander The Great planned to be shot at Mumbai and Dubai will be scripted by C Balachandran. The film will be produced by VB Menon under his home banner Anugraha Cine Arts.
Mohanlal will play the lead in two films directed by veteran Joshy. The first movie will be scripted by AK Sajan and other by Sibi K Thomas-Udhay Krishna.
This year, Mohanlal will team up with Blessy in a forthcoming film produced by Raju Malyath. Mohanlal-Blessy partnership has earlier created Thanmathra, which won accolades and a best actor State Award for Mohanlal.
According to reports, 75 per cent of films released last year flopped at the box office. Among the five dozen films released in 2008, only five films like Twenty 20, Annan Thampi, Madambi, Innathe Chinthavishayam and Veruthe Oru Bharya were superhits. Half-a-dozen films like Cycle, Crazy Gopalan, Lollypop, Roudram and Shakespeare MA Malayalam managed to become hits. Thirakatha, Kurukshetra, Malabar Wedding and Kabadi Kabadi did not harm the makers and all the other movies were losers at the box office.
The films released in the first quarter of the year like Of The People, Novel etc. bombed at the box office. But Cycle released in the first month of last year was a surprise hit. Vineeth Sreenivasan made his acting debut as a hero in the film.
Jayaram, who was going through a lean patch in his career, made a comeback with Veruthe Oru Bharya — one of the biggest superhits of the year.
Dileep also turned lucky at the end of the year by delivering the hit Crazy Gopalan directed by Deepu Karunakaran. His other films with reputed directors like Blessy (Calcutta News) and Lal Jose (Mulla) drowned at the box office.
Posted by KK Moidu at 1:53 PM