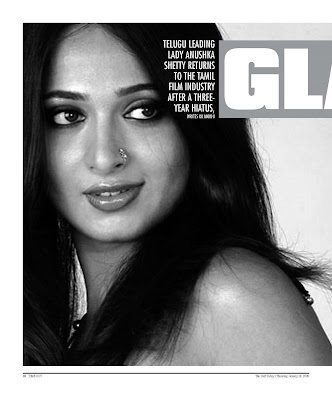 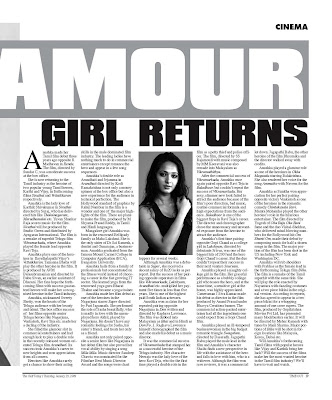 Telugu leading lady Anushka Shetty returns to the Tamil film industry after a three-year hiatus, writes KK Moidu
Anushka made her Tamil film debut three years ago opposite R Madhavan in Rendu. The film, directed by Sundar C, was a moderate success at the box office.
She is now returning to the Tamil industry as the heroine of two popular young Tamil heroes, Karthi and Vijay, in forthcoming films Siruthai and Vettaikkaran respectively.
Anushka is the lady love of Karthik Shivakumar in Siruthai directed by Suraj, who has delivered hits like Thalainagaram, Marudhamalai etc. Yuvan Shankar Raja scores music for the film. Siruthai will be produced by Studio Green and distributed by Ayngaran International. The film is a remake of superhit Telugu film Vikramarkudu, where Anushka played the female lead opposite Ravi Teja.
Anushka plays one of the heroines in Ilayathalapathi Vijay's Vettaikkaran. Tamanna Bhatia will play the other heroine in the film. It is produced by AVM Balasubramanian and directed by Babu Sivan, an earlier assistant of Dharani. Her fans hope the forthcoming films with success guaranteed heroes will make her a recognised heroine in the Tamil industry.
Anushka, nicknamed Sweety Shetty, won the hearts of the Telugu audience with her beauty and talent. The box office success of her films opposite senior Telugu heroes like Nagarjuna, Venkatesh, Ravi Teja etc. made her a darling of the industry.
She filled the glamour slot in commercial entertainers and had enough luck to play a double role in the recently released women oriented Telugu film Arundhati. Its success took Anushka's career to new heights and won appreciation from all corners.
Heroines like Anushka rarely get a chance to show their acting skills in the male dominated film industry. The leading ladies have nothing much to do in commercial entertainers except romance the hero and appear in a few song sequences.
Anushka's double role as Arundhati and Jejamma in Arundhati directed by Kodi Ramakrishna is not only a money spinner at the box office but also a new experience for the audience in technical perfection. The Hollywood standard of graphics by Rahul Nambiar in the film is a wonder and one of the major highlights of the film. There are plans to make the film, produced by M Shyama Prasad Reddy, in Tamil and Hindi languages. 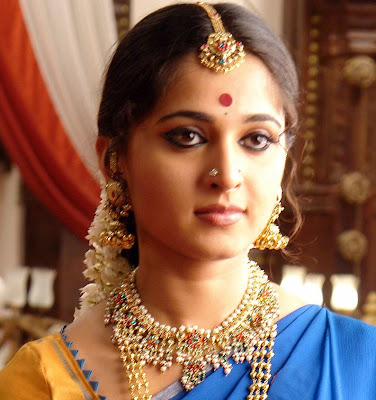 Mangalore girl Anushka was born in the renowned Bellipady family as Maha Lakshmi. She is the only sister of Dr Sai Ramesh, a dentist and Gunarajan, a businessman. Anushka graduated from the famous Mount Carmel College in Computer Application (BCA), Bangalore University.
Anushka hails from a family of professionals but concentrated on the fitness world instead of choosing a career in the fast growing IT sector. She learned yoga from the renowned yoga guru Bharat Thakur and became a yoga trainer.
Anushka made her film debut as one of the heroines in the Nagarjuna starrer Super directed by Puri Jagannath. She performed the role of Sasha beautifully, who is madly in love with the unemployed hero Akhil, played by Nagarjuna. He doesn't have any romantic feelings for Sasha, his sister's friend, and treats her only as a friend.
Anushka not only paired opposite a senior hero like Nagarjuna in her debut film but also proved her vocal ability by singing a song Mila Mila. Music director Sandeep Chawta was nominated for the Filmfare Best Music Director Award and the songs were chart toppers for several weeks.
Although Anushka was a debutante in Super, she received a decent salary of Rs20 lacks as per report. But the success of her pairing opposite superstars in films like Vikramarkudu, Lakshyam, Arundhati etc. multiplied her payment five times in less than five years. She is one of the highest paid South Indian actresses.
Anushka won acclaim for her repeated pairing opposite Nagarjuna in Don written and directed by Raghava Lawrence. The film was dubbed into Malayalam as Bhai and in Hindi as Don No. 1. Raghava Lawrence himself choreographed the film and also made his debut as a music director.
It was the commercial success of Vikramarkudu that stamped her as a successful heroine of the Telugu industry. Her character Neeraja was the lady love of the hero Ravi Teja, who for the first time played a double role in the film as a petty thief and police officer. The film, directed by SS Rajamouli with music composed by MM Keeravani was also remade into Malayalam as Vikramathithya. 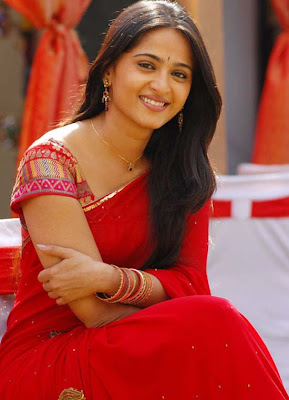 After the commercial success of Vikramarkudu, Anushka once again paired opposite Ravi Teja in Baladhoor, but couldn't repeat the success of Vikramarkudu. Her sexy, slimmer new look failed to attract the audience because of the film's poor direction, bad music, routine commercial formula and high expectations from the audience. Baladhoor is one of the biggest flops in Ravi Teja's career. The director and choreographer chose the unnecessary and unwanted exposure from the heroine to attract the audience.
Anushka's first time pairing opposite Gopi Chand as a college girl in Lakshyam, directed by debutante Srivas, was one of the biggest hits of 2007and the hero Gopi Chand's career. But the duo couldn't repeat their success in their next venture Souryam.
Anushka played a naughty college girl in the film. Her graceful performance as a bubbly college girl who teases the hero, and at the same time, a sensitive girl at the home, was highly appreciated. Cameraman J Siva Kumar made his debut as director in the film produced by Anand Prasad under Bhavya Creations banner. The commercial action-packed entertainer had all the ingredients one could expect from a Gopi Chand film.
Anushka played an ill-tempered businesswoman in the big budget romantic triangle Swagatam, directed by Dasaradh. Jagapathi Babu played the male lead in the film and Anushka's character Shailu finds a new perspective in life with the assistance of the hero and falls in love with him, who is a widower. Although the film won rave reviews, it was a commercial let down. Jagapathi Babu, the other heroine of the film Bhoomika and the director walked away with credits.
Anushka played a glamour role as one of the heroines in Okka Magaadu starring Balakrishna. She also rendered her voice for the song Ammatho with Naveen for the film. 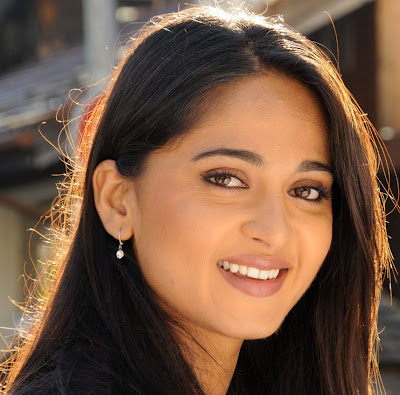 Anushka as Sunitha won appreciation for her perfect pairing opposite victory Venkatesh as one of the heroines in the romantic comedy Chintakayala Ravi. Mamta Mohandas played the other heroine's role in the hilarious entertainer. The film directed by Yogesh of Oka Raju Oka Rani fame and the duo Vishal-Shekhar, who delivered mind-blowing numbers for the Bollywood hit Om Shanti Om, made their debut by composing music for half-a-dozen songs in the film. The major portion of the film has been shot in the US including New York and Washington DC.
Anushka will rub shoulders with Prabhas as the female lead in the forthcoming Telugu film Billa. The film is a remake of the Tamil superhit with the same title. She will play the role enacted by Nayantara with dazzling costumes and a two piece bikini in the original version. According to reports, she has agreed to appear in a two piece bikini for a whopping amount of one crore rupees. The film, produced by Gopikrishna Movies Pvt Ltd, has presented many blockbusters earlier. It will be directed by Meher Ramesh with tunes by Mani Sharma. Major portions of Billa will be shot in foreign locations like Malaysia, Korea, Dubai etc. 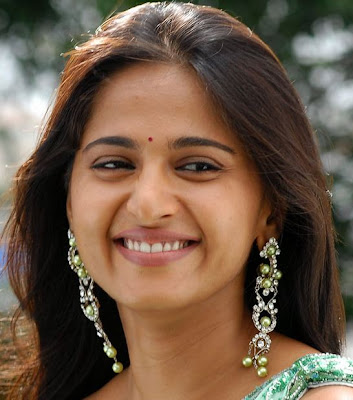 Will Anushka's forthcoming Tamil films with popular heroes like Vijay and Karthik bring her luck? Will the success of the films make her the most wanted heroine in the Tamil film industry? We'll have to wait and watch.
Posted by KK Moidu at 1:59 PM

Anushka Shetty is also very popular. We should not say to ask her try her luck by performing with big stars of Kollywood.

But they should try their luck with the co performance with this beauty of India.