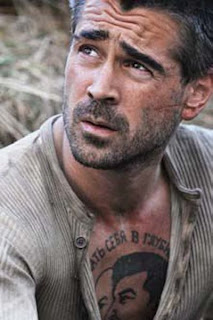 Actor Colin Farrell, attending the seventh Dubai International Film Festival for the ‘Cinema of the World’ gala of his movie ‘The Way Back,’ will participate in a public ‘In Conversation With,’ question-and-answer session with fans on Sunday, Dec. 19 at the First Group Theatre, Madinat Jumeirah, from 4 to 5pm. Tickets to the event, priced at Dhs25, are on sale now.

Colin Farrell, has legions of fans across the world, and had earlier walked the red carpet at Diff along with the cast of ‘The Way Back,’ including Jim Sturgess, Ed Harris, Saoirse Ronan, Mark Strong, Dragoş Bucur and Gustaf Skarsgård.
The Way Back, the first film in seven years from master director Peter Weir, is an Exclusive Media Group, National Geographic Entertainment and Imagenation Abu Dhabi presentation and an Exclusive Films presentation. The gripping film tells the story of a multicultural group of prisoners who escape from a Stalinist gulag during World War II but then have to survive walking more than 5,000 miles of treacherous trails across five countries to gain their freedom.
Posted by KK Moidu at 7:07 PM