In a powerful demonstration of the evolution and growth achieved by the UAE film industry, the seventh Dubai International Film Festival on Tuesday hosted 15 Emirati filmmakers whose films – including features, documentaries and shorts – are being screened at the festival.
“These directors are also competing for the first Muhr Emirati awards introduced at the festival this year. Their films include 12 world premieres, and were shortlisted from over 30 entries, underscoring the growing interest of Emiratis in films and in creating a home-grown film industry powered by initiatives like DIFF,” said Masoud Amralla Al Ali, Artistic Director, Dubai International Film Festival. 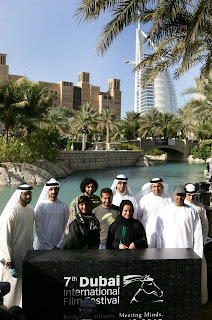