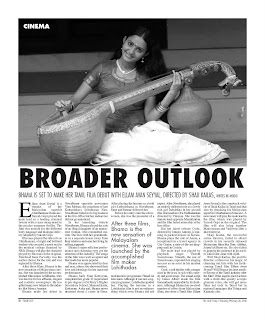 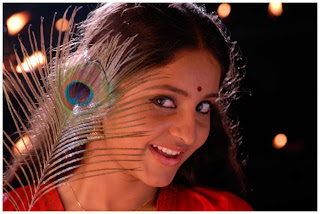 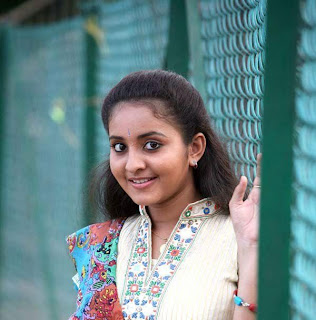 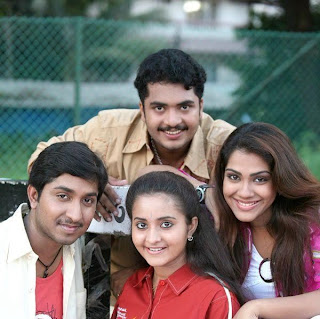 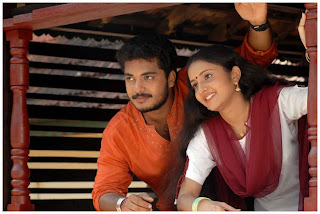 
Ellam Avan Seyyal is a remake of the Malayalam superhit Chinthamani Kolacase. Suresh Gopi played the male lead as a leading criminal lawyer with a razor-sharp mind in the psycho-suspense thriller. The film was noticed for the different body language and dialogue delivery adopted by Suresh Gopi.
Bhavana played the title role as Chinthamani, a bright and brilliant student who secured a merit seat in the medical college financed by NRIs. Bhama will play the character played by Bhavana in the original. Notebook fame Parvathy was the earlier choice for the role and was replaced by Bhama.
After three films, Bhama is the new sensation of Malayalam cinema. She was launched by the accomplished film maker Lohithadas, who was known for his affluent, elegant and realistic screenplays. He has gifted many new talents to the industry like Meera Jasmine.
Bhama made her debut in Nivedhyam opposite newcomer Vinu Mohan, the grandson of late Kottarakkara Sreedharan Nair. Nivedhyam failed to do big business at the box office but her endeavour did not go unnoticed.
In her launching vehicle Nivedhyam, Bhama played the role of an illegal daughter of an unmarried woman, who committed suicide. She lives with her grandmother in a separate house away from their relatives and earns her living by selling pappads.
Bhama's super efficient performance and charming eyes got the attention of the industry. The songs of the film were well accepted and that made her more popular.
Bhama was appreciated by dear and near, others also showered their love and blessings for her innocent performances.
Bhama hails from Kottayam, completed her grade 12 (equivalent to pre-degree) at St Mary's Higher Secondary School, Mannarkkadu, Kottayam. A shy girl, Bhama never dreamed about a career in films. After playing the heroine as a bold girl Sathyabhama in Nivedhyam, fame and fortune followed her.
Before her entry onto the silverscreen, she was the presenter of a matrimonial programme Thaali on television. Although it was not a regular programme, Lohithadas spotted her. Playing the heroine in a Lohithadas film is not an ordinary thing which even Bhama did not expect.
After Nivedhyam, she played an entirely different role as a lively rich girl Indulekha in her second film Hareendran Oru Nishkalankan directed by Vinayan. She was the female lead opposite Manikkuttan and the film failed miserably at the box office.
But her latest release Cycle ,directed by Johnny Antony, is running in packed houses in Kerala. Bhama plays the role of Annie, a receptionist in a travel agency in City Centre, a state-of-the-art shopping mall in Cochin.
Her male lead was played by play back singer Vineeth Sreenivasan. Vineeth, the son of Sreenivasan, repeated his singing success as an actor in his maiden venture.
Cycle, a soft thriller with younger stars in the lead, is rich with comedy and good songs. The sound script by James Albert made the film tremendously enjoyable by its freshness.
Although Bhama has received number of offers from Malayalam films, she chose a Tamil film. Ellam Avan Seyyal is the comeback vehicle of Shaji Kailas in Tamil and that also by remaking his Malayalam superhit Chinthamani Kola Case. A newcomer will play the male lead in the film, which was played by Suresh Gopi in the original. The film will also bring together Manivannan and Vadivelu after a short interval.
Shaji Kailas, the successful action director, failed to attract crowds in his recently released Malayalam films like Time, Alibhai, Sound of Bhoot etc. He also failed to impress the audience in his earlier Tamil film Jana with Ajith.
Will Shaji Kailas, the prolific director, rediscover his magic of churning out hits with his forthcoming Tamil film Ellam Avan Seyyal? Will Bhama become another flavour of the Tamil industry after the film? If the angelic-faced actress with a child-like quality accepts glamour roles, she will get more films not only in Tamil but in regional languages like Telugu and Kannada also.
Posted by KK Moidu at 9:53 PM