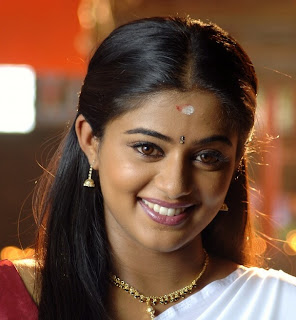 National Award winning actress Priya Mani first time plays the female lead opposite frontline hero Mammootty in forthcoming Renjith film Pranchiyettan and The Saint.
Mammootty, a three-time National Award winner plays the role of Francis, a rice merchant. Innocent plays the other title role as Saint. The film already gained the attention of the industry because of the star cast and title. The film is produced by Capitol Theatres.

Sequel to Mookilla Rajyathu
Mookkilla Rajyathu, a superhit movie of the 90s will get a sequel and it will be directed by Thaha. The original was directed by director duo Ashokan-Thaha. Ashokan has left the filmdom and Thaha alone will call the shots in the new film. The original protagonists in the film Mukesh, Thilakan, Jagathy, Siddhique will feature in the same roles of nuts under treatment in mental assylum. The film will be produced by Star India Cinemas and a newcomer will play the heroine role in the film. Lal, Suraj Venjaramoodu and Kottayam Nazeer  also plays prominent roles in the film.
Jayaprada to produce Malayalam film 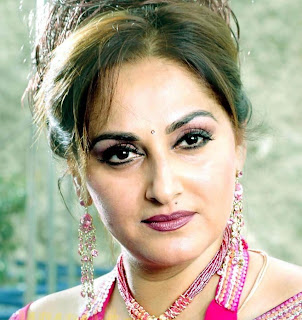 Yesteryears heroine and former Rajyasabha MP Jayaprada will produce a Malayalam film under the banner of Jayaprada Entertainments. Mukesh plays the lead as a railway employee in the film directed by art house filmmaker R Sarath. The heroine will be a fresh face and Jayaprada also dons an important role in the movie.
She recently quit politics after her disagreement with Samajawadi party leader Mulayam Sing. Jayaprada recently worked with Sharath in  Hindi film The Desire. She also rendered a hip-hop song for a new Hindi film with Adnan Sami and Bappi-Lahiri. 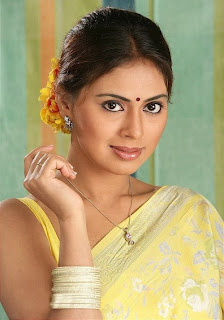 Tamil glamour girl Tejashree will make her debut into Malayalam by playing the heroine role of Suraj Venjaramoodu in Female Unnikrishnan.
She had the luck to play a meaty role in her debut film as a girl with speech disorders. Her hero of the film Suraj also has a peculiar speech disorder in the film. The film will be directed by KB Madhu also stars Jagadheesh, Salim Kumar, Anoop Menon, Bijukuttan and Maniyanpilla Raju. Tejashree is  a favourite among her fans by playing glamour roles in Kalvanin Kadhali, Madhurai and Kodambakkam.
Posted by KK Moidu at 9:17 PM

Hi Moidu, it's nice to see Jaya Prada looking so beautiful even at her age. I hope she does well in her second innings in films.