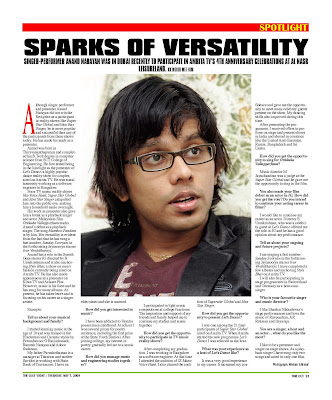 Although singer-performer and presenter Anand Narayan did not win the first prize as a participant in reality shows like Super Star Global and Idea Star Singer, he is more popular and successful than any of the participants from these shows today. He has made his mark as a presenter.
Anand was born in Thiruvananthapuram and completed his B.Tech degree in computer science from SCT College of Engineering. He first tasted being in the limelight as the presenter of Let's Dance, a highly popular dance reality show for couples, aired on Amrita TV. He was simultaneously working as a software engineer in Bangalore. Soon TV music reality shows like Voice Hunt, Super Star Global and Idea Star Singer catapulted him into the public eye, making him a household name overnight. His work as presenter also gave him a break as a playback singer and actor. Malayalam film Orkkuka Vallappozhum marks Anand’s debut as a playback singer. The song Mamboo Paadam is by him. His versatility is evident from the fact that he has sung a fast number, Sunday Sooryan, in the forthcoming Jayasoorya starrer Ivar Vivahitharayi. 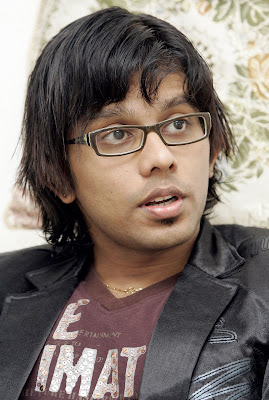 Anand has a role in the Suresh Gopi starrer IG directed by B Unnikrishnan and is also anchoring Style Bhai, a show on men’s fashion currently being aired on Amrita TV. He has also made appearances as a presenter on Kiran TV and Asianet Plus. However, music is his forte and he has sung for many albums. At present, he has taken leave and is focusing on his career as a singer-artiste.
Excerpts:

Tell us about your musical background and family?

I started learning music at the age of 10 and was trained in the Hindustani and Carnatic styles by Perumbavoor G Ravindranath, Ramesh Narayan and Adoor Sudarsan.
My father Purushothaman is a manager at Titanium and mother Savithri is working with State Bank of Travancore. I have an elder sister and she is married.
How did you get interested in music?

I have been addicted to Vayalar poems since childhood. At school I won several prizes for poetry recitation, including the first prize at the State Youth Festival. After joining college, my interest in poetry gradually led me to a music career.

How did you manage music and engineering studies together?

I participated in light music competitions at college functions. The inspiration and support of my friends and family helped me to continue my studies and music together.

How did you get the opportunity to participate in TV music reality shows?

How did you get the opportunity to present Let's Dance?

I was one among the 21 final participants of Super Star Global aired on Amrita TV. When Amrita started the new programme Let's Dance I was selected as the host.
What was your experience as a host of Let's Dance like?

It was a very good experience in my career. It increased my confidence and gave me the opportunity to meet many celebrity guests present on the show. My dancing skills also improved during this time.
After presenting the programme, I received offers to perform on stage and present shows in India and abroad in countries like the United Arab Emirates, Russia, Bangladesh and Sri Lanka. 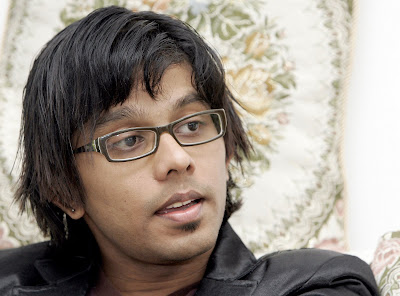 You also made your film debut as an actor in IG, How did you get the role? Do you intend to continue your acting career in films?

I would like to continue my career as an actor. Director B Unnikrishnan, who was a celebrity guest at Let's Dance offered me the role in IG and he has a good opinion about my performance.

Tell us about your ongoing and future projects?

I am singing a fast number Sunday Sooryan in the forthcoming Jayasoorya starrer Ivar Vivahitharayi. I have completed a few albums and anchoring Style Bhai on Amrita TV.
I will also be participating in stage programmes in Switzerland and Germany as a host-cum-singer.

Who is your favourite singer and music director?

I like Shankar Mahadevan’s stage performances and love the music of Raveendran, AR Rehman and Ilayaraja.

You are a singer, a host and an actor…what do you like the most?
I like to be a presenter and singer on stage shows. As a playback singer I have sung only two songs and acted in only one film.

Photograph: Nisham A Manaf
Posted by KK Moidu at 1:12 PM