On the road to fame: Akash Kingston Lies on the Prize, directed by Dubai-based Akash Kingston, won the first prize at the 15th Slamdance Film Festival 2009. He shares his winning experience with KK Moidu

Akash Kingston was chosen by the Real Ideas Studio Student Filmmaking programme in 2009 for Slamdance Film Festival held in January in Park City, Utah, USA. Eight documentaries made by thirty-two students from different backgrounds from all over the world were screened at the festival.
Akash’s team got the story idea for the winning documentary from colleagues. He was the head of one of the eight teams selected through an interview and skills assessment by the board members of the Real Ideas Studio. Twenty-year-old Akash, son of Kingston Gilbert and Usha Kingston, is a graduate in film production from SAE Institute, Dubai.
Born in Calicut, Kerala, India, Akash has been living in Dubai for the last 13 years. Akash was the only one to be selected from the Middle East and the Asian region for this prestigious event. The participants had been given a short period of 10 days to write the script, shoot and edit a five-minute short film. Akash’s film was selected by the jury as the best film from the entries submitted by more than 30 students from around the world.
Excited Akash shares his achievements and thoughts with the Time Out readers. 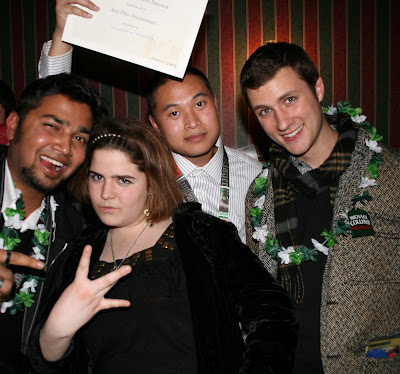 What did you learn from Real Ideas Studio?
I have learnt a lot of technical aspects from the masters who gave us classes on Adobe software, script writing, editing and motion graphics. Real Ideas gave us a lot in terms of technical knowledge as well as network resources.

What was the criterion for participating in the festival? You have to be above 18 and should have a strong portfolio as well as communication skills.

Did anybody help you while preparing for your participation?
My parents were extremely supportive all the way through this, and it really helped me focus on the task at hand. 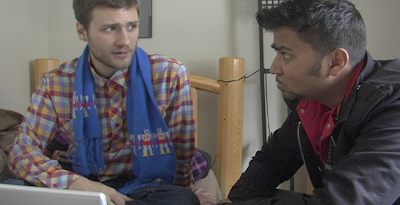 How did the festival strike you? What are your expectations about your career? I have always known about the Sundance and the Slamdance festival, but this competition as such held by Real Ideas was brought to my attention by my lecturer Markus Rosentreter at SAE Institute. I applied online and went through a series of interviews and portfolio assessments.
I wish to make films that may bring hope, changes and inspiration to my audiences. My films should also entertains.

Did you watch other documentaries at the Slamdance festival? What do you think about your documentary winning the first prize?
I watched a couple of short films and they were all individual pieces of art expressed by different individuals with different perspectives, and it was a pleasure to see how art has progressed over the years. I watched other short films too from the competition and felt all of them were really good.
Our movie won the prize because it was unique, creative and totally different from the rest and that must have caught the jury’s attention.

Why did you choose a career of filmmaking?
I always love art expressed in different media and different forms. From a very young age I have been exposed to films and art. My father was a theatre person and we used to do plays together and I think all of that played a role in making me fall in love with films over the years. Moreover, it is my passion.

Do you have plan to enter the film industry? If so, what kind of films will you be making?
I would love to make films that would inspire changes in the world. I love all genres of films so I would definitely try my hands on all.
I love music being a major part of a film and hence most of my styles would relate to that. I love photography and long shots excite me. There are many things I would like to incorporate into films and every film should reveal something new.

When will you be making a feature film and in which language?
I am not sure when will I make my first feature film, but it will be pretty soon. The language will most probably be English.

Who are your favourite director(s) and actor(s)?
My favourite directors are Ridley Scott, Darren Aronofsky, Steven Spielberg, Rob Zombie, Mani Ratnam, Ed Zwick and Farhan Akhtar. For actors I don’t have any personal favorites but I am a fan of all great performers.

Can you tell us something about your previous works?
I have worked on a couple of short films and documentaries, but my most recent one was an 11-minute short film Entropy. It was about a retired soldier and whose his alter ego developed through the trauma he faced when he was at war.

How do you like cinema to be?
I love cinema for the way it’s now and it is all perfect. But it would be greater if it was more artistic and less commercial.
Posted by KK Moidu at 1:22 PM