Nagesh will be remembered as one of the most talented comedians in Tamil Cinema, says KK Moidu 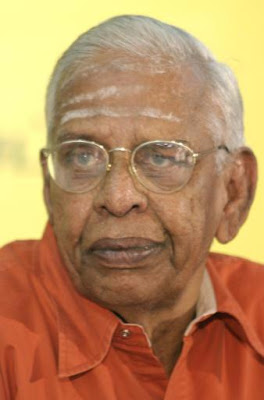 Cyril K Nagesh, popularly known as Nagesh, has left a void in the Tamil cinema industry. The death of the septuagenarian on Jan. 31 due to complications related to diabetes and heart ailment put an end to an era. The 76-year-old actor is survived by three sons, including actor Anand Babu.
Nagesh, who carved a niche for himself, was most often casted as the man who stands next to the hero. He had enough luck to share screen space with three generations of actors like MGR-Sivaji, Rajinikanth-Kamal Hassan and the latest Tamil heartthrobs Ilayathalapathi Vijay and Ajith Kumar.
Most of the people today remember Nagesh as a funny man but many don't know yesteryear's front-line heroes like MGR and Sivaji Ganesan were waiting for his arrival on the sets.
For producers, his presence in films was necessary for commercial success. He was not able to find enough time and worked on an hourly basis on each film per day.
For the last couple of years, Nagesh was rarely seen on screen and his last film was Dasavatharam, where Kamal Hassan played ten different roles.
He was one of the leading comedians of the 60s and 70s during the reign of MGR-Shivaji and was a regular in their films. Nagesh, a good dancer, was praised for his pairing opposite Manorama in several films. 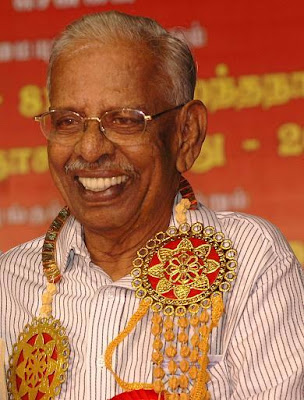 CK Nagesh was born as Gundu Rao in a Brahmin community to Kannada speaking Brahmin Madhwa parents in 1933. He left his home as a teenager, telling his parents that he would return only after establishing himself. He travelled to Chennai and started his career as an employee of the Indian Railways.
After watching a Tamil play Kamba Ramayanam presented by his colleagues, he felt that he could do a better job. His role in a play as a man suffering from stomach pain staged at the Railways Cultural Association won him appreciation from MGR, the chief guest of the programme.
Nagesh began his career as a theatre artiste by playing minor roles and finally reached stardom.
He has given life to many memorable characters in his long career spanning more than four-and-a-half decades. Films like Thiruvilayadal, Kadhalikka Neramillai, Thillana Mohanambal, Server Sundaram, Neer Kumizhi, Yarukkaga Azhuthan, Edhir Neechal etc. are only a few examples of his brilliant performance.
His outstanding performance as a waiter, who later becomes a successful film actor in the blockbuster Server Sundaram and a poverty stricken Dharumi, who struggles to meet both ends finally meet face to face with Hindu Lord Shiva in Thiruvilayadal brought him recognition.
Another brilliant performance as an intrepid story teller/film maker Chellappa in Kadhalikka Neramillai and a villainous comic pimp Vaithy in Sivaji-Padmini starrer Thillana Mohanambal were his career's best. 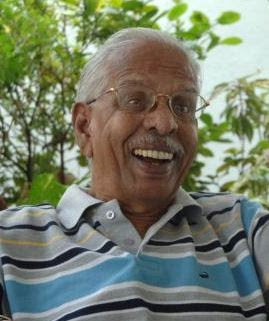 He proved his mettle as an actor not only by playing humorous characters but also gained the audience attention in serious roles in films like Neer Kumuzhi, Ethir Neechal etc. Nagesh played the lead role in Ethir Neechal as an orphan who does odd jobs for a living. Nagesh-Balachander partnership turned out to be a blockbuster hit at the box office. He played a bright but poor student dependent on others for a livelihood and that of a cancer patient in Neer Kumizhi which was well accepted by the audience.
His role as a drunkard in super star Rajinikanth's debut film and Kamal Hassan's first major hit Apoorva Raagangal not only earned good collections at theatres but also doubled the cleaning works of the staffs. His role in the film was an inspiration for other actors, who performed similar roles later.
Nagesh played a drunkard's role in the film, who talks to his own shadow and finishes the dialogue by saying cheers and throwing the cup on the wall. The audience started imitating Nagesh in the theatres by throwing their tea cup on the wall of the lobby during the interval.
His true friendship and professional relations with Kamal Hassan gave him an opportunity to exhibit his immense talents in various styles. Surprisingly Nagesh played characters with negative shades with the same elan. His role as one of the four villains, Dharmaraj, in Apoorva Sahodarangal, where Kamal played a triple role, was illustrative of this. Nagesh excelled in a funny role in Michael Madhana Kamarajan, where Kamal played four different characters. Kamal Hassan produced Magalir Mattum, in which Nagesh played a cadaver.
He was lucky to be a regular in films made by notable directors of the time like K Balachander, CV Sridhar etc. and they were known for exploiting the talent of the gifted actor.
Nagesh trained in acting by watching life and its characters. He would often sit in his car on busy roadsides to watch mannerisms of people from different walks of life and he enacted that on screen.
National recognition came through well known director KS Sethumadhavan's Nammavar along with Ashish Vidhyarthi for Droh Kaal. Nagesh fetched the Silver Lotus Best Supporting actor Award for his father's role in the Kamal-Gauthami starrer Nammavar. The Tamilnadu government recognised Nagesh by presenting him the Kalaimamani Award.
He became popular in neighbouring states by acting in Telugu, Malayalam, Hindi and his mother tongue Kannada films. As an actor, his greatest strength was his effortless dialogue delivery and body language that guaranteed him people's heart — and laughs.
Posted by KK Moidu at 2:04 PM

Hi Moidu, I used to enjoy watching Nagesh's movie. He was a great actor!

Thanks for following me, which of yours is the main blog?