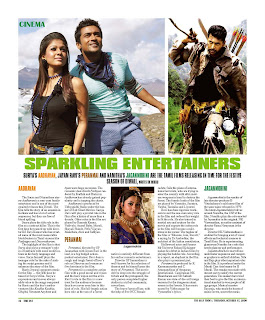 
Aadhavan
The Surya and Nayanthara starrer Aadhavan is a rom-com family entertainer and is one of the most awaited releases this Diwali. The film tells the story of an assassin in Kolkata and has a lot of action sequences, but they are free of blood spilling.
Surya plays the title role in the film as a contract killer. This is the first time he teamed up with director KS Ravi Kumar who has created some of the most memorable blockbusters in Tamil cinema like Padyappa and Dasavatharam. 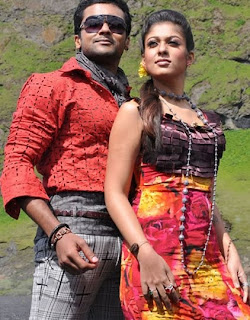 The highlight of the film is that Surya also plays a teenager’s role in a flashback with some modifications in his body language and voice. Surya himself plays the teenager role for the sake of making the script genuine and it enhances the story of the film.
Harris Jeyaraj composes music for the film — the fifth time he tunes for Surya’s film. Surya’s expressions and moves always adds value to the songs composed by Harris and the duo’s earlier ventures like Kaakha Kaakha, Ghajini, Varanam Aayiram and Ayan were huge successes. The romantic duet Hasili Fisiliyae rendered by Karthik and Harini in Aadhavan has already gained popularity and is topping the charts.
Aadhavan is produced by Udhyanidhi Stalin under the banner of Red Giant Movies. Saroja Devi will play a pivotal role in the film after a hiatus of more than a decade. Other roles in the film are played by Ramesh Kanna, Vadivelu, Anand Babu, Murali, Shayali Shinde, Fefsi Vijayan, Manobala, Alex and Sathyan.

Peranmai
Peranmai, directed by SP Jananathan with Jayam Ravi in the lead, is a big budget action-packed entertainer. Ravi dons a rough and tough forest officer’s role as Dhruvan and romances five heroines in the film. 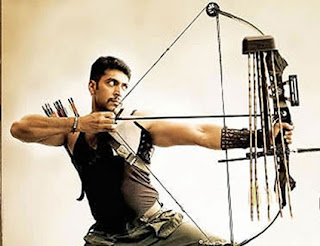 Peranmai is a complete action film with a good moral and vision and the hero wipes out the evils. Ravi’s role in the film is a new treat for the audience because they have never seen him in this kind of role. His full-length action hero role as the son of a forest native is entirely different from his earlier romantic entertainers.
Director SP Jananathan is well-known for his selection of themes and he himself pens the story of Peranmai. The movie delves deep into the struggle of tribals and the protagonist, the only person completed higher studies in a tribal community, saves them.
The brave forest officer, with the help of five NCC female cadets, foils the plans of international terrorists, who are trying to enter the country with ultra modern weapons in hand to destroy the forest. The female leads of the film are played by Vasundra, Saranya, Varsha, Tanusika and Liyasree.
Ravi has done rigorous work-outs to suit the one-man army role in the film and reduced his weight to fit the role. He also trained in martial arts and archery for the movie and expects the action role in the film will become a milestone in his career. The tagline of the film is “Educate, Join, Revolt,” a saying by Dr Ambedkar, the architect of the Indian constitution. 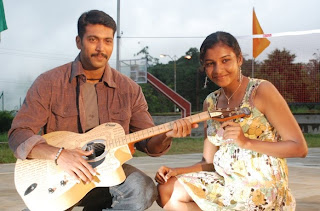 Hollywood actor and former Mr Universe Roland Kickinger makes his debut in Indian films by playing the baddie role. According to a report, an elephant in the film also plays a prominent part.
Peranmai is produced by K Karunamoorthy and C Arunpandiyan of Ayngaran International. Cameraman NK Ekambaram and SR Sathish Kumar use state-of-the-art foreign cameras for the dangerous stunt scenes in the forests. It has music scored by Vidhyasagar for Vyramuthu’s lyrics.

Jaganmohini
Jaganmohini is the remake of late director-producer B Vittalacharya’s cult horror film of the same name released in 1979. The latest Jaganmohini revolves around Namitha, the USP of the film. Namitha plays the role enacted by Jeyamalini in the original. NK Viswanathan, an earlier assistant of director Rama Narayanan is the director. 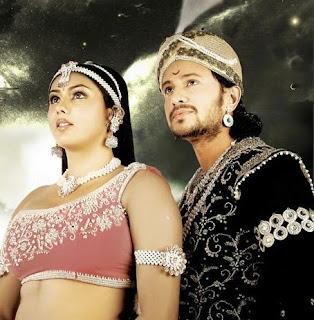 Director NK Vishwanathan is credited for bringing a lot of visual effects and technical nuances to Tamil films. He is experimenting glamorous Namitha for a role that needs glamour and performance.
Jaganmohini have marvellous underwater sequences and computer graphics to enthrall children. Nila and Raja play other important roles in the film. It is produced under the Murali Cine Arts banner by H Murali. The remake was made with utmost care to satisfy the current generation. The makers have tried their best to give the film an international standard to woo people of all age groups. Musical maestro Ilayaraja, who steals the hearts of music lovers, scores the music.
Posted by KK Moidu at 5:54 PM