Excelling together: Bhama and Vinu Mohan 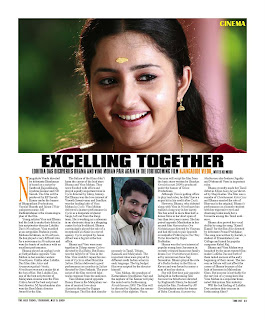 Lohitha Das final dicoveries Bhama and Vinu Mohan pair again in the forthcoming film Njangalude Veedu, writes KK Moidu
Njangalude Veedu directed by debutante Binukumar is based on a script by Santhosh Rajasekharan, Jayshree Kumar and NB Suresh. The film will be produced by KP Suresh Kumar under the banner of Bhagyathara Productions. Vayalar Sharath and Jaison J Nair composes music. MJ Radhakrishnan is the cinematographer of the film.
Young artistes Vinu and Bhama had the luck to make their debut in late scriptwriter-director Lohitha Das’s Nivedhyam. Vinu excelled as an outspoken Brahmin youth, Mohana Krishnan, in Nivedhyam. He has played a very difficult role for a newcomer in Nivedhyam and won the hearts of audience with an excellent performance. 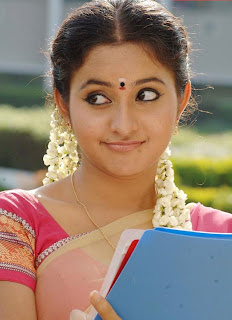 Bhama played an orphan’s role as Sathyabhama opposite Vinu Mohan in her maiden venture Nivedhyam. Unlike other Lohitha Das films like Joker and Arayannangalude Veedu, Nivedhyam was not a major hit at the box office. But Lohitha Das, one of the best scriptwriter of Malayalam cinema won the Film Critics Award for best script and best director. M Jayachandran also won the Best Music director Award for the film.
The failure of the films didn't harm the career of the lead stars Bhama and Vinu Mohan. They were flooded with offers and played equally important roles in Cycle directed by Johny Antony. But Bhama was the love interest of Vineeth Sreenivasan and Sandhya was the leading lady of Vinu Mohan in Cycle. Vinu Mohan delivered a mature performance in Cycle as a desperate cricketer Sanju, left out from the Renji team. He is working as a salesman in an electronic shop in a shopping centre for his livelihood. Bhama convincingly played the role of a receptionist as Annie in a travel agency. Cycle scripted by James Albert was a big hit at the box office. 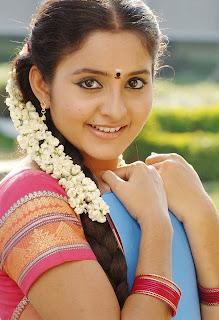 Bhama and Vinu were seen together in Dileep starrer Colors directed by Raj Babu. But Roma was the ladylove of Vinu in the film. Vinu couldn’t repeat his success of Cycle in other films like Sultan. He has delivered a good performance as a medico in Sultan directed by Sree Prakash. The poor script of the film received lukewarm response from the audience.
Vinu Mohan paired opposite Honey Rose in the Malayalam version of musical love story Ajanatha directed by Rajppa Ravisangar. The film shot simultaneousoly in Tamil, Telugu, Kannada and Malayalam. The important roles were played by different south Indian actors in each language. The big budget film was scripted by the director himself.
Vinu Mohan, the grandson of Kottarakkara Sreedharan Nair and the nephew of Sai Kumar will play the male lead in forthcoming Keralolsavam 2009. The film will be directed by Shankar, the romantic hero of the eighties. Vinoo Narayan will script the film from the basic story written by Shankar. Keralolsavam 2009 is produced under the banner of Grace Productions. 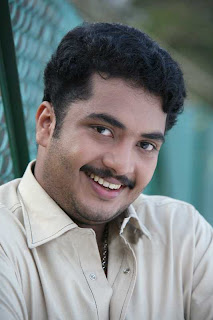 Although Vinu is getting offers to play lead roles, he didn't have a major hit in his credit after Cycle.
However, Bhama, who debuted along with Vinu in Nivedhyam has walked a long way in her career. She has acted in more than half-a-dozen films in her short span of less than two years career. She has paired opposite Manikuttan in her second film Hareendran Oru Nishkalangan directed by Vinayan and had the luck to pair opposite crowdpuller Prithviraj in One Way Ticket directed by Bipin Prabhakar.
Bhama was the love interest of popular young hero Jayasurya in recently released humorous family drama Ivar Vivahitharayal directed by miniscreen fame Saji Surendran. Bhama played the role of a Radio Jockey in the film as Kavya and was forced to marry a man of not her choice.
She will first time pair opposite Indrajith in forthcoming film Kanneerinu Madhuram directed by Raghunath Palery, he himself scripts the film. Produced by AV Govindankutty under the banner of Baba Creations, Kanneerinu Madhuram also features Jagathy and Nedumudi Venu in important roles.
Bhama recently made her Tamil debut in Ellam Avan Seyyal directed by Shaji Kailas. The film was a remake of Chinthamani Kola Case and Bhama enacted the role of Bhavana in the original. Bhama's performance as a homely student with her expressive eyes and charming looks made her a favourite among the Tamil audience.
Bhama also proved her vocal ability by sang the song ‘Kannil Kannil’ for the film Bike directed by debutante Prasad Prabhakar. The song was written by Kairali, a student of Ernamkulam Law College and tuned by popular composer Rahul Raj. 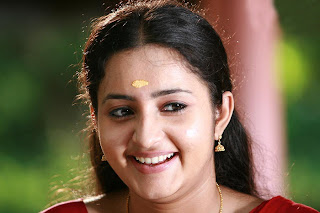 Bhama and Vinu Mohan was launched by the most reputed filmmaker Lohitha Das and both of them tasted success at the early beginning of their career. The success or failure will not affect the career of Bhama because of the lack of heroines in Malayalam films. But success is inevitable for the survival of a young hero like Vinu Mohan in a superstar dominated Malayalam film industry.
Will the last finding of Lohitha Das continue their success in forthcoming films?
Posted by KK Moidu at 8:24 PM