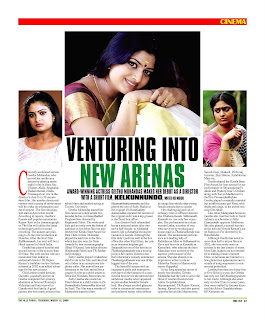 Critically acclaimed actress Geethu Mohandas, who proved her mettle as a actress by playing meaningful roles in films like Oridam, Akale, Rappakal, Thakarchenda, Naalu Pennungal etc. sits in the director’s chair for a 30 minute short film. Her maiden directorial venture with a group of newcomers will be a take on urbanisation and development. The film shooting will start in Aluva this month. According to reports, Geethu’s fiancée and popular cameraman Rajeev Ravi is the cinematographer. The film will utilise the latest technologies and live sound recording. The makers are planning to do the post production at Mumbai. After the short film Kelkkunnundo, her next will be in Hindi canned in North India.
Geethu has played heroine and second heroine roles in more than 20 films. Her well-known role as a committed film maker in acclaimed director TK Rajeev Kumar’s laudable venture Sesham released in 2002 is an added advantage for her new project. 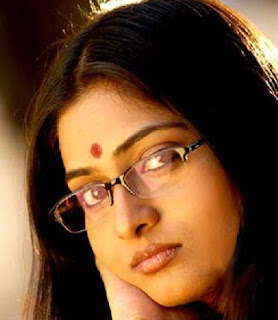 Child artiste turned heroine, Gayathri, popularly known as Geethu completed her primary education in famous Chinmaya Vidyalaya and later moved to Canada with her family. A good painter, she won many prizes in her school days and studied acting at Toronto University.
Geethu Mohandas started her film career as a child artiste two decades before in Onnu Mudhal Poojyam Vare directed by Reghunath Paleri. The wide eyed little girl not only won the hearts of audience in her debut film but also fetched the Kerala State Award for Best Child Artiste. Mohanlal played the lead role in the film, which has also won the State Awards for best cinematography (Shaji N Karun), best debut director (Reghunath Paleri) and TR Sekhar (best editing).
Baby Geethu played a fatherless child’s role in the film and later find out a father in an anonymous telephone caller. Her marvellous performance in the film earned her a couple of roles as a child artiste in films like Veendum, Rareeram etc.
Baby Geethu also made her Tamil debut as a child artiste in En Bommakutty Ammavukku directed by Fazil. The film was a remake of Malayalam superhit Ente Maamattikuttiyammaku and she played the role of Baby Shalini in the original. En Bommakutty Ammavukku repeated the success of the original and it was a top grosser at the Tamil box office. 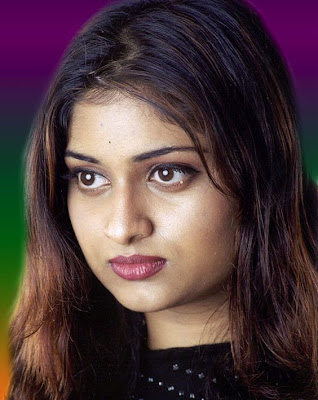 Ace director Fazil relaunched her as a matured artiste after one-and-a-half decade  in Mohanlal starrer Life is Beautiful during her vacation in Kerala. Although the film didn’t perform well at the box office like other Fazil films, her role as an innocent helpless girl Sangeetha as one of the heroine in Thenkasippattanam was a turning point in her career. Director duo Rafi-Mecartin’s comedy entertainer Thenkasippattanam was one of the biggest hits of the year.
The beautiful actress with an impressive smile and expressive eyes have all the features of a commercial heroine but the talented and ambitious Geethu never appeared as just another beautiful female lead. She always avoided glamour roles in commercial entertainers and preferred meaty roles without an image fear which other young female artistes dare to accept.
Her challenging and out-of-ordinary roles in offbeat ventures like Thakarachenda, Valkannadi, Kannaki etc. are only few examples. Her performance as a slum woman Latha, a mother of two, who survived by working as a house maid in Thakarachenda was natural. The sentimental performance as a leading lady of Kalabhavan Mani in Valkannadi as Devu and her role in Kannaki as Kumudam, who admires the hero Manickan were noticed by the superior performance of the actress. She also shined in an impressive writer’s role as Malavika Varma in Mammootty starrer Rappakal. 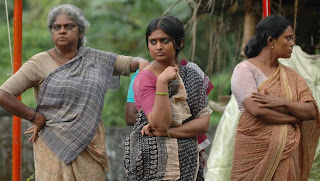 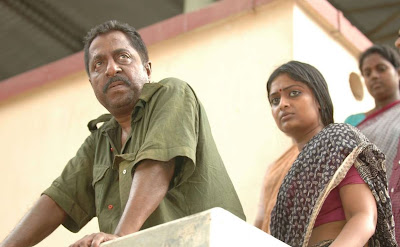 Sreenivasan and Geethu Mohandas in Thakarachenda
In her long spanning career of nearly two decades, Geethu Mohandas had the luck to act in the films of veteran directors like Adoor Gopalakrishnan, Shyamaprasad, TK Rajeev Kumar, Jayaraj, Kamal etc. and also paired opposite heroes like Mammootty, Suresh Gopi, Mukesh, Prithviraj, Jayaram, Biju Menon, Kalabhavan Mani etc.
Geethu shared the Kerala State Film Award for best actress for her performance in Shyamaprasad’s Akale and Pradeep Nair’s Oridam along with Kavya Madhavan for the film Perumazhakkalam. Geethu played a mentally retarded but an affectionate girl Rose, with depth and range, in the award winning film Akale. 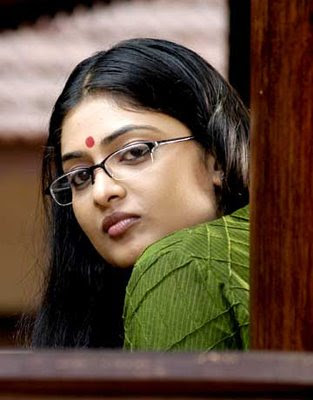 Like other Malayalam heroines Geethu also tried her luck in Tamil industry as a heroine in Nala Damayanthi opposite Madhavan. She also played a second heroine as the heroine Vimala Raman’s sister Ramya in Poi directed by K. Balachander.
Although Geethu has acted in more than half-a-dozen films in 2002, she was rarely seen on screens in the last couple of years. Most film-makers are not interested in making female oriented films, so heroines are limited to a few glamorous appearances and a couple of song sequences in commercial potboilers.
Leading heroines are doing four or five films in a year, but Geethu has only one film Akashagopuram to her credit. Although she acted only in a few films in recent years, they were crafted by famous directors like Adoor Gopalakrishnan, KP Kumaran etc.
Posted by KK Moidu at 4:18 PM