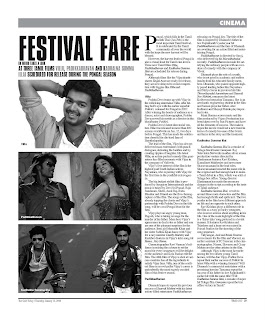 Pongal, which falls in the Tamil month Thai (Jan-Feb) is the most important Tamil festival. It is celebrated by the Tamil community all over the world with the hope the new harvest will be blessed. 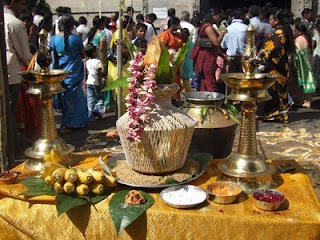 However, the harvest festival Pongal is also a visual feast for Tamil cine lovers. Three new Tamil films Villu, Padikkadhavan and Kadhalna Summa Illai are scheduled for release during Pongal. 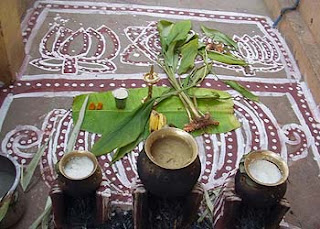 Although films like the Vijayakanth-starrer Engal Asan are ready for release, they are now delayed to avoid competition with biggies like Villu and Padikkadhavan.

Villu
Prabhu Deva teams up with Vijay in the rollicking entertainer Villu, after hitting bull's eye with the earlier superhit Pokkiri, released for Pongal in 2007. After winning the hearts of audience as a dancer, actor and choreographer, Prabhu Deva proved his mettle as a director in the blockbuster Pokkiri. 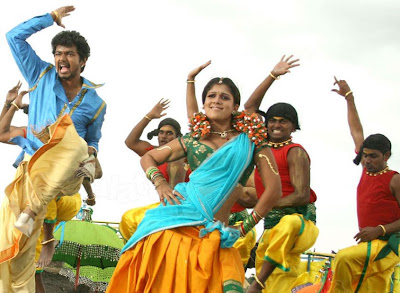 Prabhu Deva's latest directorial venture Villu was released in more than 400 screens worldwide on Jan. 12, two days before Pongal. This has made the celebration cheerful for die-hard fans of Ilayathalapathy.
The lead of the film, Vijay has always delivered mass entertainers with punch dialogues, defeating the baddies and by creating ripples of laughter. His latest Villu, an action-packed comedy film guarantees fun-filled moments with Vijay in the company of Vadivelu.
Vijay's love interest of the film is the highest paid South Indian actress Nayantara, who is pairing with Vijay for the first time in the youthful extravaganza. 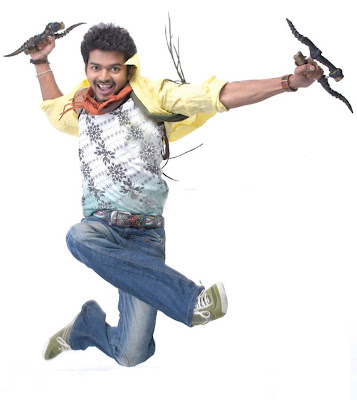 The big budget stylish film is produced by Ayngaran Internationals and the music is tuned by Devi Sri Prasad. Raju Sundaram, Shobi, Asok Raj, Baba Bhaskar and Dinesh are the five choreographers of the film. The songs of the film, already topping the charts and Vijay's partnership with Prabhu Deva in the title song, will be a real Pongal feast for the fans.
Vijay plays an angry young man, Pugazh, who is taking revenge for the murder of his father. 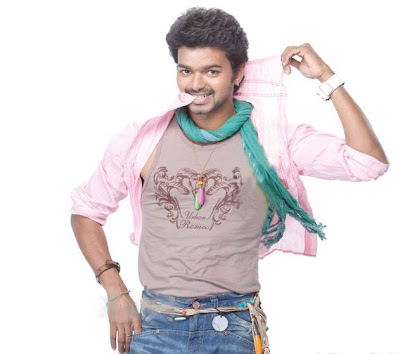 Mass hero Vijay's appearance in dual roles as father and son are one of the pleasant surprises for the audience. Item girl Mumaith Khan and her sister Sabhia Khan dance with Vijay for a racy number Daddy Mummy and Kushboo features in Vijay's intro song He Rama...Hey Rama.
Cinematographer Ravi Varman's brilliance in mixing the colours to set the mood for every sequences will be delighted the audience and Kola Baskar edit the film. The 48th film of Vijay is shot at various countries has all the ingredients to satisfy Vijay fans. Villu, one of the costliest films in crowd-puller Vijay's career is undoubtedly the most eagerly awaited film of this festive season.

Padikkadhavan
Dhanush hopes to repeat his previous success of Yaaredi Mohini with his latest action-filled entertainer Padikkadhavan releasing on Pongal day. The title of the film is inspired by Dhanush's father in law Rajinikanth's yesteryear hit Padikkadhavan and the fans of Dhanush are awaiting for an action filled and entertaining Pongal.
Padikkadhavan is directed by Suraj, who delivered big hit Marudhumalai recently. Padikkadhavan is made for satisfying the ordinary people with an overdose of comedy with the company of Vivek.

Dhanush plays the role of a youth, who is not good in academic and suffers insults from his educated family members. Dhanush, who paired opposite highly payed leading ladies like Nayantara and Shriya Saran in previous hits like Thiruvilayadal Aarambam and Yaaredi Nee Mohini, romances the latest Kollywood sensation Tamanna. She is an aeronautic engineering student in the film and Suman plays her father. Atul Kulkarni and Shayaji Shinde play important roles.
Mani Sharma scores music and the film produced by Vijaya Production has been taken over by Sun Pictures and have all the elements of success. The makers hopes the movie would set a new trend in terms of comedy because of the twists and turns in the story and the treatment.

Kadhalna Summa Illai Kadhalna Summa Illai is a remake of Telugu blockbuster Gamyam. Raj Television Networks maiden silver screen production venture directed by Illankannan features Ravi Krishna, Kamalinee Mukherjee and newcomer Sharavanaanand in the lead roles. Sharavanaanand enacted the same role in the original and had enough luck to make a Tamil debut in a film, which was a hit at Telugu box office. Young director Illankannan has made the necessary changes in the script according to the taste of Tamil audience.
Kadhalna Summa Illai, revolves around three main characters and the film had enough thrills and spills in it. The two youths in the film have different approach on life and are opposite to each other. 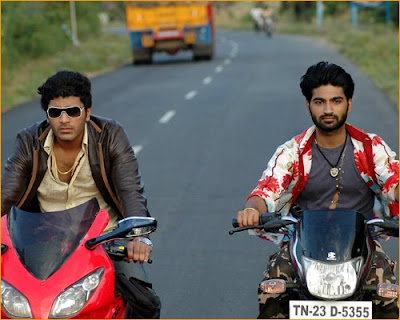 Ravi Krishna plays a different role in the film as a easy go lucky youngster, who is never serious about anything in his life. One of the main highlight of the film is a 'thiruvizha' song pictured in a lavish manner. It features Ravikrishna and Tejashree and a huge set was raised in Prasad Studios for the shooting of the song sequence.
Vidyasagar, Anil and Mani Sharma scores music for the film and Vincent, an earlier assistant of PC Sreeram is the cinematographer. Nasser, Illavarsu and Crazy Mohan are the other artistes in the film.
Although Vijay is the most favourite among the two dozen young Tamil heroes, will the duo Vijay-Prabhu Deva repeat their earlier success of Pokkiri in latest Villu with a winning formula? Will Dhanush's commercial entertainer with a promising heroine Tamanna repeat the success of his father-in-law Rajinikanth's earlier hit with the same title? Will Kadhalna Summa Illai, a remake of super hit Telugu film Gamyam repeat the box office victory in Tamil?
Posted by KK Moidu at 2:03 PM

vijay is not a great actor but why is it i like him so much? dunno...heyyyy..

Interesting some important news you have good. Web 2 Print