Aakashagopuram, a highly acclaimed Malayalam film that was shot entirely in the UK, has been released on DVD 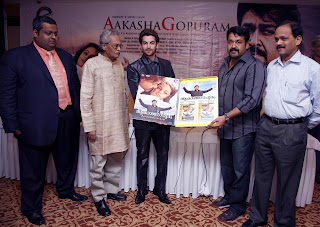 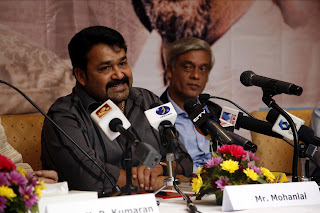 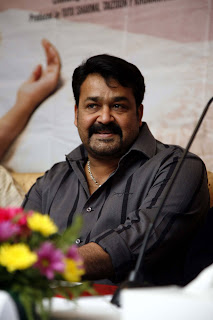 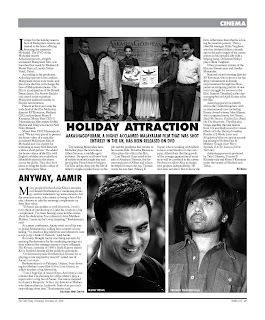 In time for the holiday season, fans of Malayalam cinema are treated to the latest offering featuring the superstar, Mohanlal. The DVD of the Mohanlal-starrer Aakashagopuram, a highly acclaimed Malayalam film, was launched last week by Medient & Moser Baer at London Suites Hotel, Dubai.
According to the producers, Aakashagopuram is the costliest Malayalam movie ever made, and they hope the film will change the face of Malayalam cinema. The film is an adaptation of the Henrik Ibsen classic The Master Builder and aimed at the expatriate Malayalee audience mainly in Europe and America. 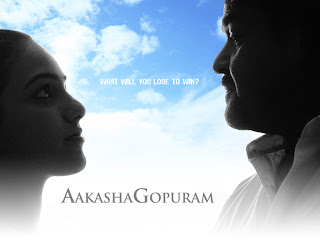 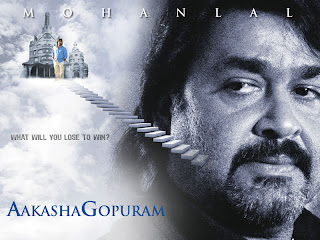 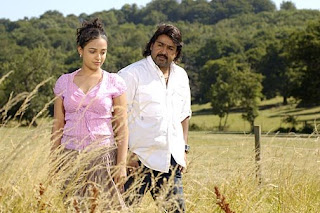 Top ranking Malayalam hero Mohanlal plays the lead role as Albert Samson, a middle-aged architect. He sports an all-new look of stylish shoulder length hair and the popular French beard (bulgan). The film delves deep into the life of Albert’s single-minded focus on his job and the problems that creates in his married life. Shwetha Menon as Alice plays his wife in the film.
Late Bharath Gopi acted in the role of Abraham Thomas, the former employer of Albert and whom he helped to reach the top. Thomas wants his son Alex (Manoj K Jayan) who is working with Albert to have more freedom in the company. Albert fears that the growth of the younger generation of architects will be a setback to his career. He does not allow Alex to design new projects independently. He also does not allow him to leave the firm. Albert also fears that he is losing his creative powers. Then a cheerful teenager Hilda Varghese, who has idolised Albert a decade ago in the early stages of his career, arrives in his stressful life with a helping hand. Debutante Nithya plays Hilda Varghese. 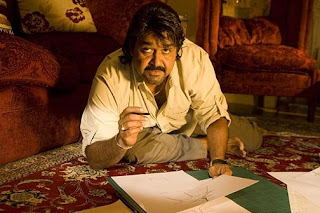 Other prominent artistes of the film are Sreenivasan and Geethu Mohandas.
National award winning director KP Kumaran, who is known for his deep commitment to female empowerment through his films, paints an intriguing portrait of one man’s struggle for success in the film. Santosh Thundiyil is the cinematographer and Ajith Kumar edits the film.
Aakashagopuram is entirely shot in the United Kingdom, with an international crew including Emmy Award winner John Altman, who composed music for Titanic, Shall We Dance, Golden Eye, Bhaji On The Beach etc. The film also brings together the best talents from UK and Hollywood for visual effects of John Harvey/Jonathan Russler (28 Weeks Later and Kingdom of Heaven) and re-recording mixing of Robert Farr & Mathew Gough (Star Wars: Episode II & III, Gangs of New York etc). 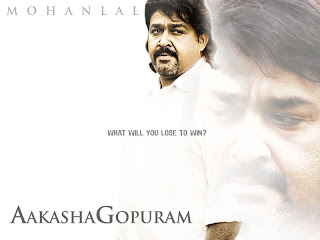 Aakashagopuram is produced by Tutu J Sharma, Taizoon F Khorakiwala and Manu S Kumaran under the banner of Medient and Tarlac.
Posted by KK Moidu at 5:18 PM