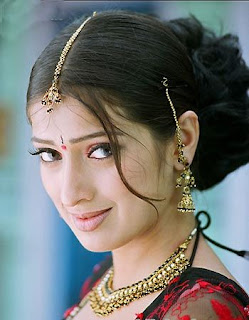 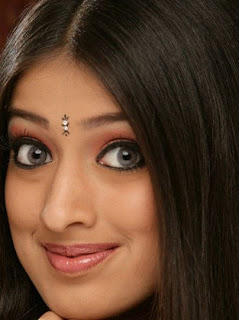 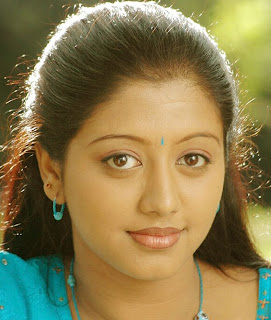 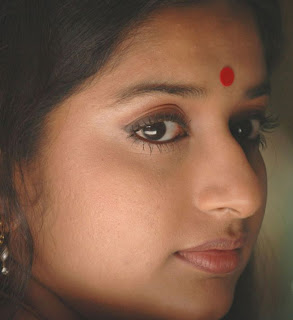 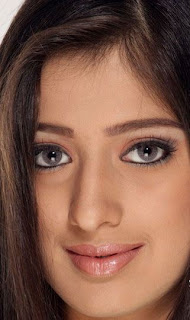 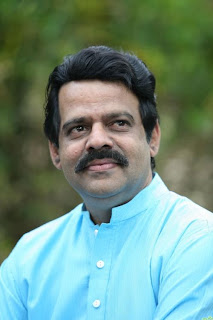 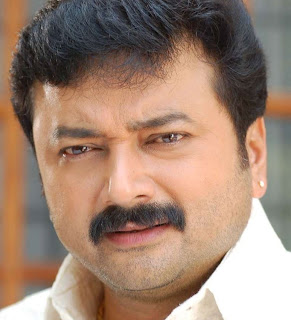 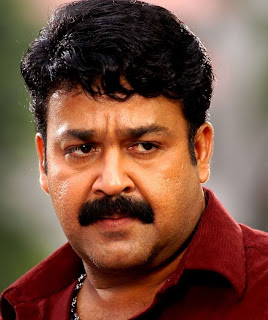 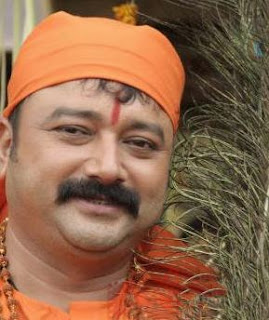 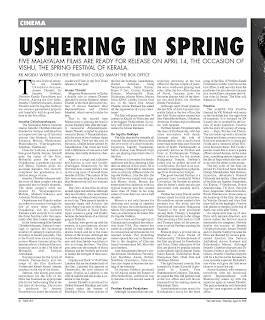 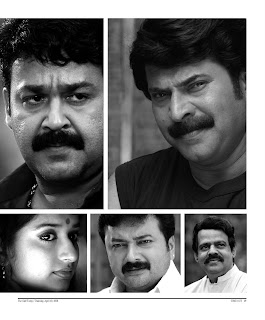 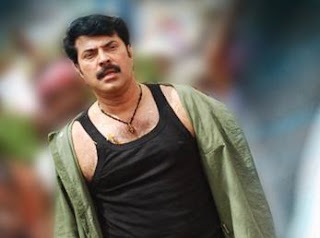 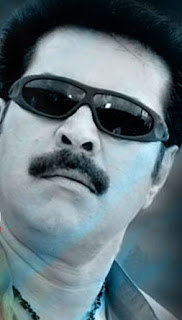 Five Malayalam films are ready for release on April 14, the occasion of Vishu, the spring festival of Kerala. KK Moidu writes on the films that could smash the box office

Innathe Chinthavishayam
The Mohanlal-Meera Jasmine starrer Innathe Chinthavishayam directed by Sathyan Anthikkad has an impressive line up of talented artistes like Mukesh, Innocent, Sukanya, Mohini, Muthumani, Maamukkoya, Vijayaraghavan, Ashokan, Vanitha etc.
Director Sathyan, a master of feel-good-family dramas, himself pens the script of the film. Mohanlal plays the role of Gopakumar, a garment exporter and Meera Jasmine plays his assistant Kamala, who recently completes her graduation in a fashion design course.
Innathe Chinthavishayam tells the story of three couples who get separated due to family disputes. The three couple's roles are played by Vijayaraghavan-Mohini, Mukesh-Sukanya and Ashokan-Muthumani.
Gopakumar and Kamala makes an unknown journey through the life of these three couples. Gopakumar and his assistant Kamala work secretly to re-unite the three families who live separately after their broken marriages.
In his forthcoming film Innathe Chinthavishayam, Sathyan's message is against the increasing number of unhappy marital relationships in Kerala presently. This is the fourth time award-winning actress Meera Jasmine plays the heroine role in a Sathyan film continuously and it is the 17th film of Mohanlal with Sathyan Anthikkad.
Ilayaraja tunes for the lyrics of Gireesh Puthancherry and the songs of the film Kasthoori Pottum and Kando Kando already reached on the top of the charts.
Sathyan, who always give more importance for the title of his films has finalised an appropriate title for his forthcoming film at the last days of shooting. The movie is produced by Antony Perumbavoor under the banner of Aashirwad Films is the first Vishu release of the year.

Annan Thambi
Megastar Mammootty will play a double role in Annan Thambi directed by Anwar Rasheed. Annan Thambi is the third directorial venture of Anwar Rasheed after Rajamanikyam and Chotta Mumbai, which carved a niche for him.
This is the second time Mammootty is playing the lead in Anwar Rasheed film after the highly successful Rajamanikyam. Annan Thambi, scripted by popular scenarist Benny P Nayarambalam, tells the story of two brothers Appu and Achchu. They are the sons of Ravunni, a ballet artiste played by Janardhanan. The twins are born with a difference of one-and-a-half minutes, but totally distinct in character.
Appu is a tough and talkative and Achchu is cool and vocally challenged. Mammootty for the first time dons a mute person's role in his long span of around three decades in films. The makers of the film were searching for a character that Mammootty had not enacted earlier.
The story of the film revolves around Appu and Achchu. Although they are brothers, they never liked each other and their rivalry increases each day. Their parents decide to separate Appu and Achchu, the noisy Appu was sent to their relatives in Pollachi at Tamil Nadu. Appu created a gang and finally became the henchman of a criminal gang in Pollachi.
Achchu, who grows up with his parents, is a good person, always ready to help others. He runs a drama troupe and he is the main artiste of the troupe. Although the two brothers are enemies, their parents and close friends want them to live as loving brothers. The film goes deep into the strength of blood relations and the brothers are forced to realise the strength of their association.
Gopika and Rock 'n' Roll fame Lakshmi Rai are the female leads of the film. Lakshmi Rai appears as Thenmozhi, the love interest of Appu. Gopika as Lakshmi is the wife of Achchu and she is also a co-artiste in the troupe.
Annan Thambi is produced by Shahul Hameed Marikkar and Anto Joseph under the banner of Marikkar Films. Other artistes of the film are Siddique, Janardhanan, Harisri Ashokan, Suraj Venjaramoodu, Salim Kumar, Rajan P Dev, Cochin Haneefa, Kunjan, Manianpilla Raju, Bijukuttan, Master Monu, Master Sonu, KPAC Lalitha, Urmila Unni etc. In his latest film Annan Thambi, Anwar Rasheed has added all the ingredients of a racy entertainer.
The film will grace more than 70 centres in Kerala on Vishu day and is the biggest Vishu release. Its victory will fetch a hat-trick of successes for Anwar Rasheed.

De Ingottu Nokkiye
The film directed by versatile all rounder Balachandra Menon tells the love story of a chief minister. Jayasurya, Jagathy Sreekumar, Salim Kumar, late Bharath Gopi etc. are playing important roles in the film.
Menon is a favourite for family audiences and he is directing a film after an interval of five years. He is presenting a Vishu gift to cinelovers with an entirely different title De Ingottu Nokkiye. Like the title, the film will be very simple with a typical Menon touch. Menon has entertained the audience with his typical humour and has created more than 35 films in his long career of more than two-and-a-half decades.
Menon is not only famous for directing and acting in superhit films but also for introducing new talents. He is presenting a new face, Sara, as a heroine in his latest film De Ingottu Nokkiye.
Sara is born and brought up in Chennai and completed her education from USA. She started her career as a model and has appeared in commercial advertisements for reputed brands. Her modelling career opened her way to filmdom. She is the daughter of Chennai based businessman ML Moorthy and Sreedevi.
Like Balachandra Menon's earlier heroines Shobhabna, Parvathy, Lisi, Karthika, Annie, Rohini, Nandhini (Kausalya), Usha etc., Sara also hopes to become the darling of the industry.
De Ingottu Nokkiye, produced by AV Anoop under the banner of AVA Productions, will find its way to theatres on the second week of April.

Parthan Kanda Paralokam
Although Jayaram films are continuously drowning at the box office for the last couple of years, the actor continued playing lead roles. After the box office disaster of Novel, Jayaram joins his favourite director Anil (of the director duo Anil-Babu) for Parthan Kanda Paralokam.
Although Anjil Oraal Arjunan, the last film of Anil-Jayaram miserably failed at the box office, the duo Anil-Babu earlier created hits like Pattabhishekham, Uthaman, Aramana Veedum Anjoorekkarum etc. with Jayaram.
Parthan Kanda Paralokam tells the story of Parthasarathy, who has close encounters with death. Jayaram plays the role of Parathasarathy, who is said to have come back more than once from the hands of death. Parthasarathy is popularly known as Parthan and lives at Krishnapuram Village, which is known for the ancient Balagopala Temple. Parthan's father was an ardent devotee of Lord Krishna. He died in an accident after returning from a pilgrimage from Guruvayoor Temple.
The good-hearted Parthan is a graduate from Jawaharlal Nehru University. He became an atheist after his father's death and also got associated with naxalite movements.
Parthan has many friends and he always stands for truth and justice. His rebellious nature created a few enemies too. His uncle and the Panchayath president Phalgunan Thampy is the most prominent among them. Thampy's daughter Sathyabhama returns to the village after securing a first rank in LLM and Thampy takes all the precautions to avoid Parthan meeting his daughter.
Mukesh plays a pivotal role as Madhavan, a close friend of Parthasarathy. The female leads of the film are played by Sreedevika and Sona. Other characters of the film are played by popular artistes in the industry like Kottayam Nazir, Salim Kumar, Kalabhavan Mani, Narayanan Nair, Chali Pala and Shohbana Mohan.
The light hearted comedy film scripted by Rajan Kiriyath is produced by Screen Cine Entertainment Company. The makers expect the film will perform well at the box office and will favour Jayaram from his sinking career in Malayalam films.
Jayachandran scores music for Kaithapram's lyrics for the three songs of the film. If Parthan Kanda Paralokam couldn't survive in the box office, it will not only harm the producers but also demote Jayaram as a second hero, character and villain roles in future. The film will release on Vishu day.

Positive
The youthful film Positive directed by VK Prakash with music as the backdrop has the right dose of suspense. It is scripted by SN Swamy who is credited for the success of many superhits. Positive tells the story of a group of youngsters — Raju, Winnie and Cherry. The trio teams up with a drummer Udayan and forms a music troupe. Raju was attracted by a young girl Jyothi and a romantic affair blossoms between them. But Jyothi's parents wants her to marry a police officer named Aniyan. At the same time, something serious happens in the life of Raju which also has a lot to do with the others in the troupe.
The key roles of the film are played by Notebook fame Skanda (Suraj), Manikkuttan, Vani Kishore, Jayasurya, debutante's Ramesh Pisharody and Ayilya. Other artistes of the film are Jagathy Sreekumar, Sai Kumar, P Sreekumar, Boban Alummoodan, TG Ravi, Sreejith Ravi, Augustine, Mala Aravindan, Bindu Panicker etc. Since music is the backdrop of the film, the songs by Vayalar Sharath and Alex Paul team will be the highlight. Positive will release in theatres at the end of April, one week after Vishu.

An impressive line-up of new films with reputed directors and actors makes the festival season memorable for cinegoers. Nobody doubts the success of Innathe Chinthavishayam, Annan Thambi and De Ingottu Nokkiye because the films are directed by success guaranteed directors like Sathyan Anthikkad, Anwar Rasheed and Balachandra Menon. Although Innathe Chinthavishayam and De Ingottu Nokkiye are family entertainers, Innathe Chinthavishayam will be a hot favourite because the most versatile superstar Mohanlal's star value will give the film more chances to reach the top.
Anwar Rasheed, who surprised everybody with his directorial debut Rajamanikyam with Mammootty, teams up with the superstar again in Annan Thambi. The pure entertainer will definitely ring the cash registers at the box office.
Posted by KK Moidu at 6:20 PM

Jayaram has done a come back by veruthe oru bharya. Congratulations
You can find lot of vishu cards at our vishu section